COVID-19 UPDATES Click here for news and updates from the Village of Bensenville related to COVID-19 Read On...

These rejuvenating agents help seal the small cracks in the pavement. They also help revitalize the asphalt by replacing some of the liquid ingredients that have evaporated. The CRF treatment also replaces some of the very fine aggregate materials that have been lost due to traffic and weathering. It is the loss of the liquids and fines in the asphalt that causes the pavement surface to fade and become more brittle. Many of the Village’s streets that initially received Reclamite held up well enough for a second and third Reclamite application or for a CRF application. The contractor expects to perform work the week of October 5, 2020. 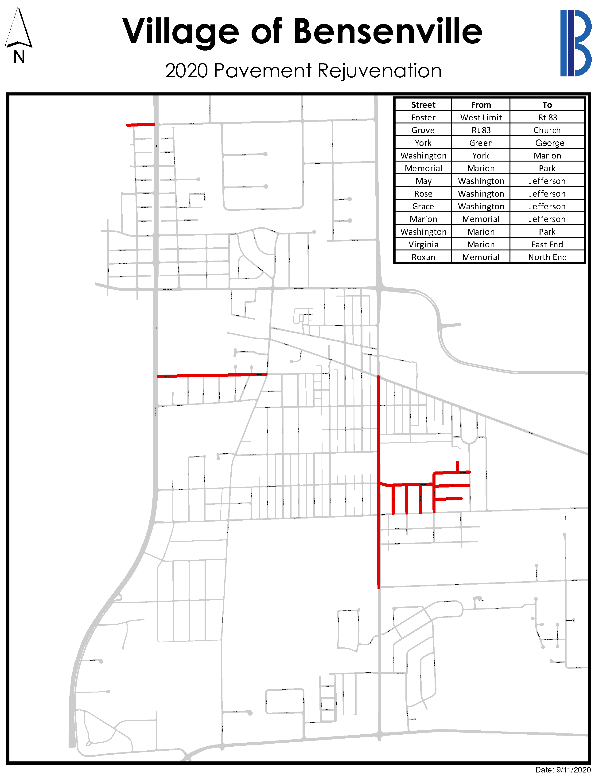